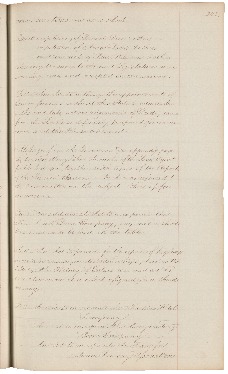 343.
remainder tomorrow at 10 oclock.
Report on petition of Daniel Lane & others -
on petition of Amos Davis & others -
on memorial of Reuel Williams & others
referring the same to the next Legislature, were severally read and accepted in concurrence.
Bill - An Act to authorize the appointment of Commissioners without this State to administer oaths and take acknowledgements of Deeds, came from the Senate indefinitely postponed for concurrence and the House concurred.
Message from the Governor [see appendix page 15.] transmitting the Accounts of the Land agent for the last year, together with copies of the Reports of the Council thereon, which was referred to the Committee on the subject. Sent up for concurrence.
Bill - An additional Act to incorporate the Moosehead Dam Company, was read a third time & ordered to be laid on the table.
Bill - An Act to provide for the repairing of Highways in certain unincorporated Townships, laid on the table by Mr Whitney of Calais was read a 1st & 2d time & tomorrow at 10 oclock assigned for a third reading
Bill - An Act to incorporate the Machias Hotel Company
- An Act to incorporate the Merrymeeting Boom Company -
- An Act to incorporate the Frankfort Maine Railways Association