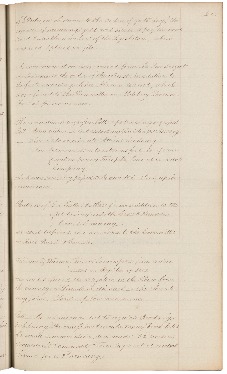 211.
of State, in obedience to the order of yesterday, the expenses of procuring gold and silver to pay the School Fund, & also the members of the Legislature, which was read & placed on file.
A communication was received from the Land Agent in obedience to the order of the 17th inst. in relation to the facts respecting John Mason deceased, which was referred to the Committee on Military Pensions. Sent up for concurrence.
The committee on engrossed Bills reported as truly engrossed
Bill - An additional act respecting Lewiston falls Academy
- An Act in relation to petitions for acts of incorporation for any Turnpike, Canal or Road Company
which was severally passed to be enacted. Sent up for concurrence
Petition of Levi Cutter & others for an addition to the act to incorporate the Casco & Kennebec Canal Company
was read & referred in concurrence to the Committee on Rail Roads & Canals.
Petition of Warren Rice to be exempted from certain duties as Register of Seeds
was read & referred the delegation in the House from the County of Lincoln with such as the Senate may join. Sent up for concurrence.
Bill - An additional act to regulate Banks by prohibiting the emission & circulation of Bank Bills of a small denomination, was read 1st & 2d time as in new draft & amended & Tuesday next at 10 oclock assigned for a 3d reading.