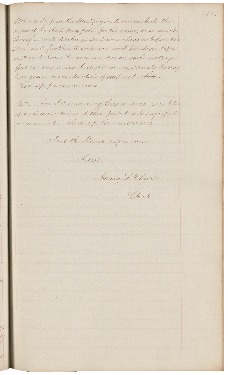 175.
of warranty from the mortgagor, to recover back the amount he shall have paid for the same, or so much thereof as will discharge said incumbrance before eviction - and further to empower such purchases before eviction to have the amount due on such mortgage off set in any action brought on any security he may have given in consideration of such real estate. Sent up for concurrence.
Bill - An Act concerning Corporation was taken up and amended and then passed to be engrossed as amended. Sent up for concurrence.
And the House adjourned
Attest,
James L Child
Clerk.